YMCA running out of cash

Fort McMurray YMCA is in desperate need of $1.4 million to build its recreation centre.

The organization has been to the federal government to try and get money, and there are plans to go to the provincial government as well.

But so far no cash has been committed. 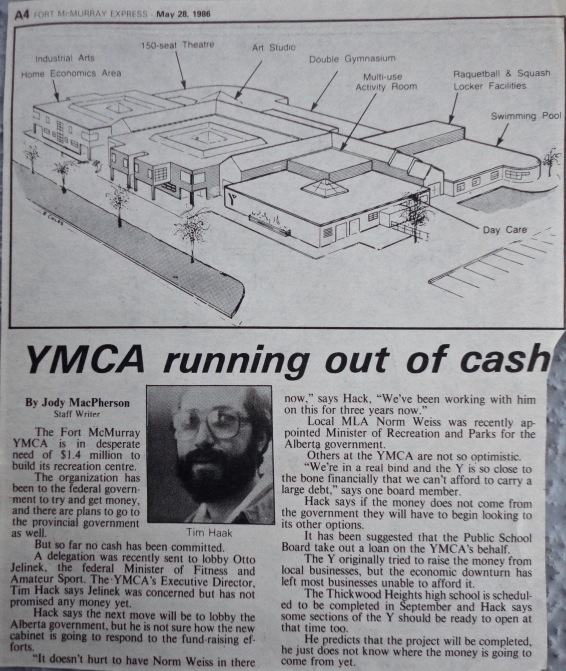 A delegation was recently sent to lobby Otto Jelinek, the federal Minister of Fitness and Amateur Sport. The YMCA’s Executive Director, Tim Hack says Jelinek was concerned but has not promised any money yet.

Hack says the next move will be to lobby the Alberta government, but he is not sure how the new cabinet is going to respond to the fundraising efforts.

“It doesn’t hurt to have Norm Weiss in there now,” says Hack, “We’ve been working with him on this for three years now.”

Local MLA Norm Weiss was recently appointed Minister of Recreation and Parks for the Alberta government.

Others at the YMCA are not so optimistic.

“We’re in a real bind and the Y is so close to the bone financially that we can’t afford to carry a large debt,” says one board member.

Hack says if the money does not come from the government they will have to begin looking to other other options.

It has ben suggested that the Public School Board take out a loan on the YMCA’s behalf.

The Y originally tried to raise the money from local businesses, but the economic downturn has left most businesses unable to afford it.

The Thickwood Heights high school is scheduled to be completed in September and Hack says some sections of the Y should be ready to open at that time too.

He predicts that the project will be completed, he just does not know where the money is going to come from yet. 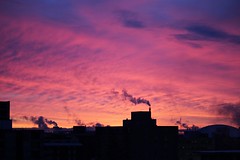 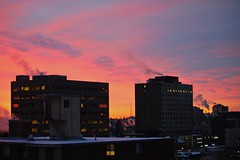 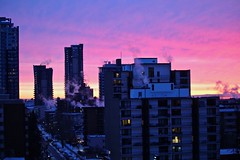 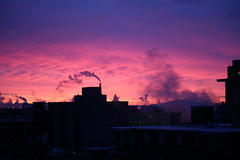 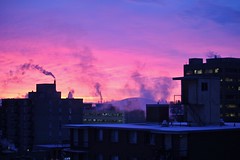 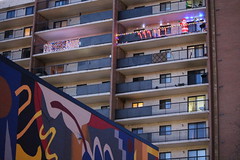 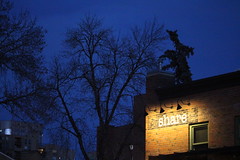 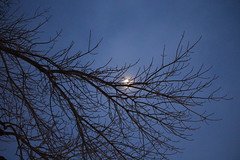 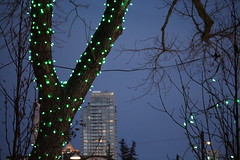