It’s time for another edition of the irrational report, a recap of the many ludicrous actions of Jason Kenney and the UCP government over just the last week. The government issued 18 official news releases, including four releases about the COVID-19 pandemic and two procedural releases. It was a wild week.

While most of the world was breathing a collective sigh of relief over the inauguration of Joe Biden as president of the United States, Jason Kenney went on a media tour – including an appearance on Fox News – to criticize the new president. As many people on Twitter commented, the man is totally incapable of reading the room.

Not only are Fox News viewers not the target audience for his message, the conservative media conglomerate stands accused of being at least partly to blame for the rhetoric that led to the recent insurrection at the Capitol.

To make the whole thing even more ironic, Kenney was breathlessly making his outrage known claiming over and over again on multiple news shows that “you don’t just rip up” agreements and not consult with stakeholders because it was “disrespectful.”

This from a guy whose government ripped up its agreement with doctors, cancelled oil by rail contracts (expected to cost Albertans $1.5 billion), surreptitiously changed the terms of teachers’ pensions and most stunningly, cancelled the province’s coal policy without consultation or notification. By his own definition, he’s the walking definition of disrespect.

While we’re at it, you need the skills of superb fact-checker Daniel Dale to keep up with Kenney. On Global news, Kenney claims that 70% of Americans support the project. There’s no evidence to support this claim. Public approval for the project has been steadily falling as people recognize the seriousness of the climate crisis.

In fact, the Biden campaign had the cancellation of Keystone as part of its platform, so one might conclude the majority of Americans are okay with that cancellation, if not outright in support of stopping it. The most important poll, as they say, is on election day. Eighty-one million voters for Biden can’t be wrong.

Worth mentioning is the $30 million Kenney spent on the so-called war room to boost approval for Alberta’s oil and gas sector, the $3.5 million on an inquiry into a conspiracy theory about foreign funding (that still hasn’t delivered its report after two deadline extensions) and most upsetting, the investment of public dollars in the Keystone Pipeline to the tune of at least $1.5 BILLION – with billions more in loan guarantees. If he was the CEO of a private company, he’d most certainly be fired by now.

The UCP government started the week with a bang by sending out a dire warning to Albertan’s that the province is going to “run out of COVID-19 vaccine supply” throwing shade by claiming the problem was unique to Canada. Again, this is misleading. The New York Times reported a similar shortage in the United States on January 21.

“There are simply not enough doses of authorized vaccines to meet the enormous demand. And that is not likely to change for the next few months.” (from the Times artcile)

And it was discovered this week that there was no federal stockpile of vaccines, as had been falsely promised under the Trump administration’s watch.

The UCP government is recklessly sending out messages to sow fear and further their own partisan agenda when they should be taking action to address any vaccine shortages. The slowing of supply is due to skyrocketing demand. For a party that claims to love capitalism, they seem shocked to discover the dynamics of the marketplace.

The shortage also appears to be short-term rather than an actual limitation of a crucial resource. It will be just a matter of time before we are all able to get the vaccine and this scenario could have been predicted and planned for. Instead, the government chose to cause an already anxious population further worry with an ominous warning.

Their response to the pandemic has been highly criticized, with Kenney rated lower than any Premier in Canada for his handling of the crisis. This release did not improve his credibility, in fact it was irresponsible, as well as irrational.

Not to let a sleeping dog lie, the government issued another rapid-fire release on First Nations vaccinations, directly criticizing the federal government and repeating the false claim that Canada was uniquely short on vaccine supply.

The next day – presumably to try and cover up for the previous two – they issued another release with Health Minister Tyler Shandro saying he’s “extremely concerned” but understands “the factory issues in Belgium are out of our control.”

There was the late-day announcement on Monday, Jan. 18 that the government was cancelling 11 coal leases issued in December. The release from Energy Minister Sonya Savage says, “We have listened carefully to the concerns raised in recent days, and thank those who spoke up with passion.”

There have been reports of UCP MLA’s being flooded with anger and disappointment about the removal of Alberta’s coal policy – the action that made the recent coal development possible. Under that policy, none of the new leases in the Eastern Slopes would have been allowed.

With high profile celebrities like Corb Lund taking the government to task, and pressure from respected conservationists like Kevin Van Tighem, along with thousands of people who signed petitions opposed to coal developments, the government is reeling. Even the mayor of High River, Craig Snodgrass weighed in with a seething letter to the Coal Association of Canada.

However, this hasty cancellation of the leases is woefully inadequate as it applies to a very small number of the total land already leased or opened up to coal development. The media and critics almost immediately began pointing this out.

Van Tighem also took a hike up to some of the leases recently and posted photos on Facebook of work already underway at some of the locations. There were also signs erected to deter entry to the leases, which may be why the news release includes this:

“…coal leases do not allow for exploration, development or production without a comprehensive regulatory review. A lease holder has no more right to set foot on lease property than any other Albertan.”

Clearly, work is already underway and the companies feel confident enough that they are going to get their environmental approvals.

Both Mayor Snodgrass and Van Tighem also appeared on Ryan Jespersen’s Real Talk, a hugely popular Alberta daily news and politics show on YouTube. Jespersen’s listeners have been pretty riled up about this issue. More celebrities like Paul Brandt, K.D. Lang and Jann Arden are joining the public opposition to coal development and concerns are flooding in from all over the world.

More importantly, Albertans from small towns to big cities, from ranchers to restaurant owners, from all along the political spectrum and back again are up in arms about the cancellation of the coal policy. The development poses a very real risk not only to the beautiful iconic Rocky Mountains, but to the water supply.

On top of all of this:

·      The government announced it was considering privatizing its lucrative corporate registries services and awarding a 35-year contract – because we can’t have the government actually bringing in income?

·      Independent investigative journalist Kim Siever posted this week about the Term Debt Issues document released on Jan. 21. The NDP racked up $49.72 billion in debt in four years. The UCP have accumulated nearly $30 billion in less than two years. All the cuts in services and still – record levels of debt.

·      The NDP announced they were shattering their fundraising goals this week (does anyone really doubt this?) while UCP MLA Nicholas Milliken perfected his use of not-so-subtle homophobic microaggressions on Twitter by attacking NDP MLA Janis Irwin starting with this opening remark “as a 41 year married father of two…” (you can’t make this stuff up).

Yes, all of this happened in just one week. Now, I’m going to lie down and take a nap to try and forget this irrational week altogether.

Jody MacPherson is a professional communicator, commuting cyclist (currently working from home), and an appreciator of clouds.

Communications professional, writer and photographer living in Calgary, Alberta. Began my career as a reporter in northern Alberta working for a weekly newspaper. Moved into public relations early on and worked in the north for many years. Ran my own consulting company, working in stakeholder relations and later moved into the public service. Currently working in digital communications for government, leading a team of web content writers, designers and strategists. View all posts by Jody MacPherson

A spectrum of colour and possibilities 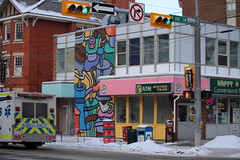 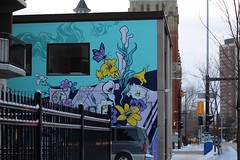 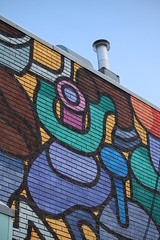 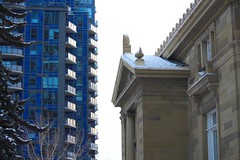 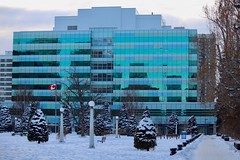 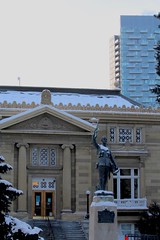 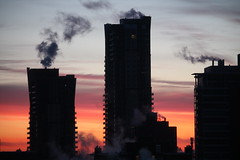 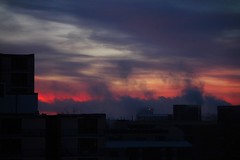 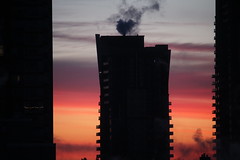