It’s sweltering hot outside and we’d better get used to it. This is what happens when we don’t listen to the people who’ve been warning us about this for, well, forever.

And I’m not talking about climate scientists (although they have also been warning us!).

I’m talking about Indigenous people. These are the people who understand that we are all related, not just to other humans, but to the animals, the trees, the land, the water – the natural environment in which we live.

They’ve always known that you can’t harm your relations and expect no consequences. We should have listened.

I’ve recently been rethinking my ancestry, which is about half Scottish and the other half a mixture of mostly Irish, but also some northwestern European. I’ve been trying to understand what led my ancestors to come to Canada and what role they may have played in the terrible mistreatment of the Indigenous people who were here when they arrived.

It’s going to take a while to figure out even a small bit of my own personal history, but I’m committed to asking the questions, even if the answers probably aren’t going to make me proud.

Truth and reconciliation require a land acknowledgement, but not just the kind you’re thinking. Not only the statement about First Nations and Metis people we sometimes make before events. It requires much more – an acknowledgement that the land was not “discovered” by white settlers. There were other people here long before Western Europeans arrived and they have been written out of the story.

So much of Canadian history is recorded as a brave and romantic discovery by settlers. That is a lie we must come to terms with. Settlers arrived late on the scene, stole the land, starved and killed Indigenous people, and took credit for a lot of stuff (still are!).

And they called it “progress.”

We now know that it wasn’t “progress,” it was settler colonization. It was the act of taking over the Indigenous inhabitants of a place and bringing in legal and other structures to systematically disadvantage and disrespect them. And worse. It involved a genocide.

We didn’t listen to the people who knew how to survive on this land the longest. Indigenous people didn’t regard it as something that anyone “owned,” rather, it owned them (and us). Settler obsession with land ownership, resource exploitation and property rights has led us to this climate crisis. It wasn’t progress then and it isn’t progress now.

It’s how we got ourselves into a heatwave like we’ve never seen before. It’s how we find ourselves in a world that is changing for the worse, causing death and destruction. Just this week, a condo along the coast of Miami collapsed. Ten bodies have been recovered but another 150+ are unaccounted for. Experts are saying that climate change will bring many more events like this along the coastlines as oceans rise.

And it’s because we didn’t listen and still aren’t listening to what Indigenous people know.

The question becomes, how do we recover and reconcile our awful history? We start with listening to the 94 recommendations of the Truth and Reconciliation Commission. We must begin to recognize the colonial structures that were created and we must dismantle them and rebuild better, more inclusive structures. We have to honour the cultures we’ve previously dismissed. We recognize the wisdom of Indigenous people who’ve been living here for thousands of years.

That involves significant changes and it’s much bigger than just the minor inconvenience of cancelling Canada Day, which many are even unwilling to do. That this symbolic gesture seems to be too much for some people, is so very disappointing.

We need to work together with Indigenous people to tackle huge problems like climate change, taking the perspective that ancient, traditional knowledge has a lot to teach us.

It’s not something our current political leaders appear equipped to take on. They are so woefully incapable of realizing the dire situation we’re in, that it’s extremely alarming.

For example, this past week started with the standard statement from Minister of Indigenous Relations Rick Wilson recognizing National Indigenous Peoples Day.

He’s…proud? The Métis Nation is suing the Alberta government, saying they’ve abandoned their obligation to negotiate with Métis people

The official day is part of Indigenous History Month, which is wrapping up this past month. This was a time when we were confronted yet again with the shameful and tragic facts of Canada’s treatment of children in the residential “school” system. A system that wasn’t about education, it was about destroying Indigenous people, by taking away their children. Horrific.

While Minister Wilson hosted a folksy musical celebration, he once again repeated the mantra of Canada’s “dark history” as if this was a thing of the past. It’s not and his wish for a “Happy National Indigenous Peoples Day” rang hollow.

That same day, the government put out a release about an app for young adults aging out of government care. Many of the youth in the program are Indigenous. This government cruelly reduced the eligibility for the Support and Financial Assistance Agreements (SFAA) program. They changed the program from aging out at 22 years instead of 24, affecting hundreds of young adults.

Happy National Indigenous Peoples Day and here’s an app for all the troubled, vulnerable Indigenous youth we’re kicking out of a program they thought they’d be eligible for support from for another two years.

Lawyer Avnish Nanda represented a single mother who sued the province over the change. He questioned how the harm to his client and others outweighed the “minimal cost the government would incur by continuing to provide benefits.”

Nanda said the decision puts his client and thousands of others at risk of harm such as sex work, drug use and suicide.

Why can’t we stop hurting Indigenous and other vulnerable people.

It’s not because of money. The government is throwing out millions of dollars for an unnecessary lottery and just keeps adding more prizes because it’s not moving the number of vaccinations significantly. The number of first dose vaccinations has gone from just under 70 per cent to just over at 71 per cent since the lottery was introduced.

There was a painful reminder this week of the violence still plaguing Indigenous communities and their treatment by the RCMP who shot and killed a Métis man “wanted on outstanding warrants” near High Prairie.

Flags were lowered in the town of High Prairie – for the dog. Police across Canada expressed sympathy for the loss of the dog’s life. The man who was killed was barely mentioned by name but #JusticeforJago (the dog) sprang up on social media.

Lionel Ernest Grey was a suspect in an assault with a weapon and unlawful confinement charge, but had not yet had his day in court – that was scheduled for January 2022. He fled a police traffic stop, ended up hiding in the woods where he was eventually tracked. He then exchanged gunfire using a semi-automatic weapon and was killed by police. Alberta Serious Incident Response Team is investigating.

Another tragic end to an Indigenous life. We’ll probably never know the full story behind this young man and what led to the fatal shoot-out. More than one-third of people shot to death by RCMP officers between 2007 and 2017 were Indigenous people, a shocking number and one that First Nations are all too aware of.

A tone deaf Kaycee Madu, Minister of Justice and Alberta’s Solicitor General then proudly announced more officers on patrol in rural areas this week, as about 260 Sheriff Highway Patrol officers will have increased authority.

According to the release, “the government is holding a series of meetings with First Nations and Métis leaders to determine their interest and earn their support before expanding RAPID Response to their communities.”

A bit late for that, isn’t it?

Indigenous groups were caught off guard when the program was initially announced. They said at the time that they had not been consulted and did not support the program. Is it any wonder they are suspicious of the justice system, given high profile cases such as the Colten Boushie shooting, where the killer – a white man – was acquitted, even though he shot the young man in the back of the head as he was fleeing.

All in all, it was not a good week for Indigenous relations, despite the federal designation of Sept. 30 as the National Day for Truth and Reconciliation. The Alberta government announced a permanent memorial for the legislature grounds (the kind of thing that is easily forgotten) and re-announced their intention to waive the fees for Indigenous people to reclaim their traditional names (a good program but this is not new).

But they carried on with other program cuts that harm Indigenous people and added more powers to rural peace officers which will probably decrease the feeling of safety for Indigenous people living on reserves or settlements.

We never learn. Because we’re not really trying.

Jody MacPherson is a professional communicator, commuting cyclist (currently working from home), and is a settler from Scottish-Irish roots whose family came to Alberta from New Brunswick in the 1970’s. 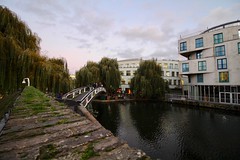 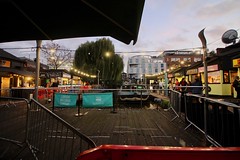 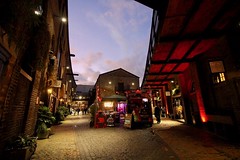 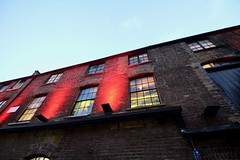 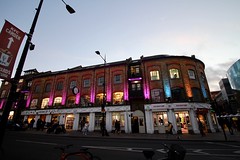 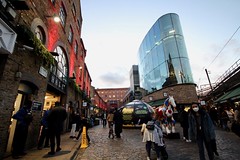 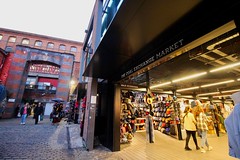 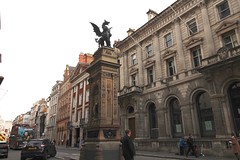 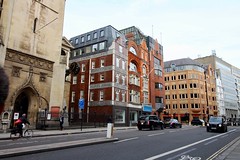