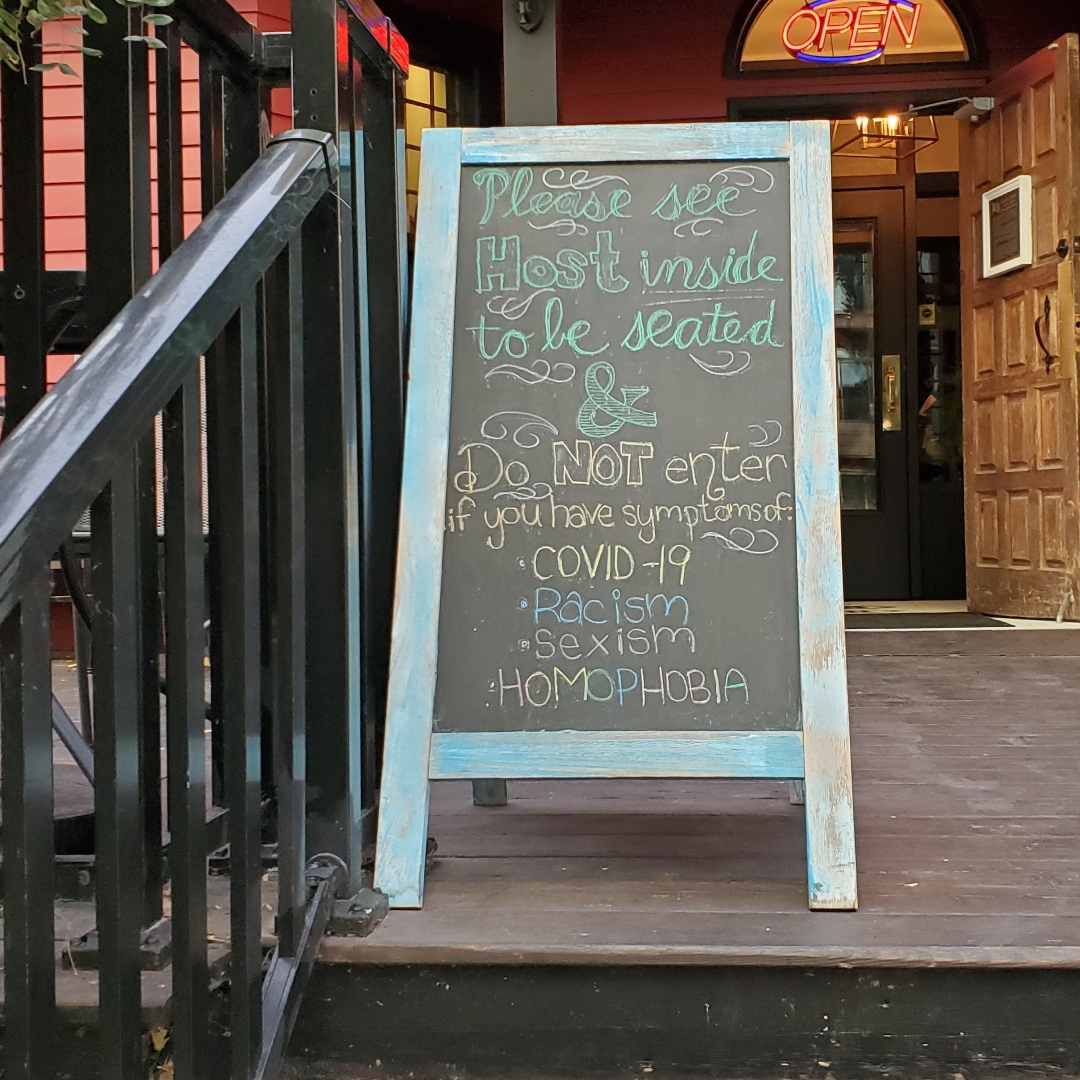 The dais of discontent

As images of Trump supporters violently attempting to take control of the government by force started appearing on Twitter, the symbolism of the moment became painfully clear.

Soon, other images appeared. A guy carrying the Confederate flag (also a flag used by German neo-Nazis since the swastika is outlawed in that country) into the capitol building. Another sitting in Nancy Pelosi’s chair with his feet up on her desk.

The behaviour may at first seem like a bit of a joke, but when you think about it – the message these images send is terrifying and intentionally so.

Let this be a moment of sombre reflection for every politician of every stripe in every democratic jurisdiction: your words have profound implications, far beyond what you could ever imagine.

There are some who may not take it seriously. They may shrug or call the resulting outrage an overreaction. Those people are likely incredibly privileged and probably white. They’ve never experienced the oppressive nature of white supremacy. They don’t know how the events of January 6 have affected hundreds of thousands of Black, Indigenous and People of Colour who are yet again forced to bear witness to an new American disgrace, thanks to Trump.

This weekend, I simply couldn’t write my usual letter. I had to delay it because I was so angry about what happened in Washington, DC. Even now, I feel the back of my neck starting to throb.

One thing I just wanted to get out there is the importance of committing to being anti-racist. This means not simply knowing racism is wrong in your own mind, but speaking up about it to others.

Anti-racism requires taking action. Sitting idly by while racists and white supremacists rush the room and take the dais – including virtual ones – to state their erroneous and dangerous beliefs is not okay.

This is why it’s unacceptable that politicians like MLA Drew Barnes, MP Michelle Rempel, Conservative Party Leader Erin O’Toole, MP Candice Bergen and others are on an app like Parler. They have official accounts stating their association with the government! This. Is. Not. Okay.

Parler is an app created to allow racism and conspiracy theories to thrive and now, it has been used to organize a violent attack. The CEO of Parler was interviewed for Kara Swisher’s new podcast, “Sway” and he admitted that he just thinks the world is a mess and he takes no responsibility for his platform. It’s a good thing Google, Amazon and Apple have pulled the app – it should have happened sooner.

Political leaders in Canada are starting to be held to account – finally – for sitting idly by (or worse, cheering on or taking part) in racist conversations. There is absolutely no value in them being on an app like Parler in any official capacity. Anti-hate groups are raising the alarm, but we need to help amplify them.

Politicians are lending their credibility just by being there. They are absorbing the racist garbage, even if they are not directly contributing to it. It’s like a poison, slowly seeping into their sub-conscious.

We need to immediately up the ante with our elected leaders and let them know the expectation is not only that they are not racists. The expectation is that they be anti-racist, which means they need to get the hell off Parler. They need to stop travelling in racist circles, both in real life and online.

Jody MacPherson is a professional communicator, was a commuting cyclist (currently working from home), and does not enjoy grocery shopping in the best of circumstances.